My jersey arrived in the mail today.  Purchased a jersey from Mr. Murdoch in St. Catherines, ON.  The jersey is a Hamilton Steelheads jersey from a television show from the late 90's called Power Play.  It originally was broadcast on CTV and the series lasted 2 seasons; it was also repeated years ago on Showcase.  Apparently it briefly played in the U.S. on UPN but was pulled after 2 episodes after it bombed there.  http://en.wikipedia.org/wiki/Power_Play_%28TV_series%29

The best fan page on the show that I found that is still running is this one: http://www.g2creations.qc.ca/powerplay/.

A 1998 article from the film magazine "Take One" that the author has either quoted or has personally interviewed the producers of the show is online here: http://www.thefreelibrary.com/Power+play%3a+putting+drama+on+ice.-a030155914

A Canadian online movie and tv guide has a brief description and review of the series: http://www.pulpanddagger.com/movies/p2_b.html#bot

If you are looking for the series on DVD or even VHS you are out of luck; none were made.  Tough to find even clips of the show.  A fan of the show made a video montage set to the Tragically Hip's song 'Fireworks'.  http://www.youtube.com/watch?v=snvI_P7CfzE

I would say the most well known actors/personalities that were on the show were Don Cherry (Coach's conrner on CBC's Hockey Night in Canada), Gordon Pinsent (Due South and many others), and Al Waxman (King of Kensington, Cagney & Lacey, etc.).  Famous hockey players that made appearances as themselves in the show include Bobby Hull, Guy Lafleur, and Jean Beliveau.

Onto my jersey.
Here's some pics. 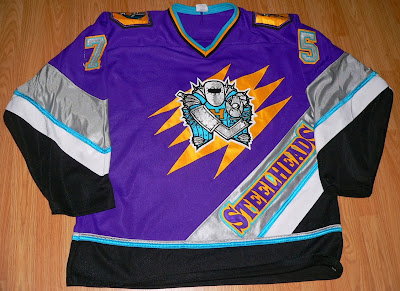 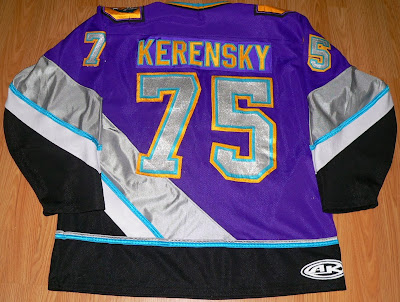 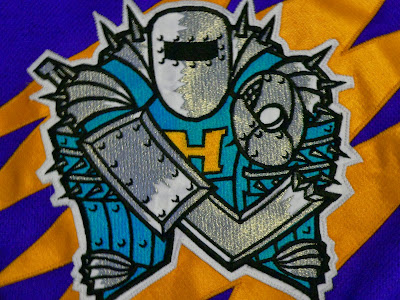 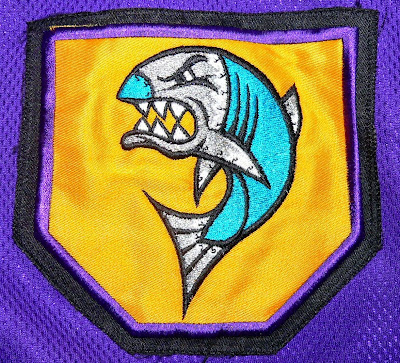 The show must have renumbered a previous jersey for the Kerensky one.  You can see some glue residue around the numbers. Most evident on the sleeve numbers. 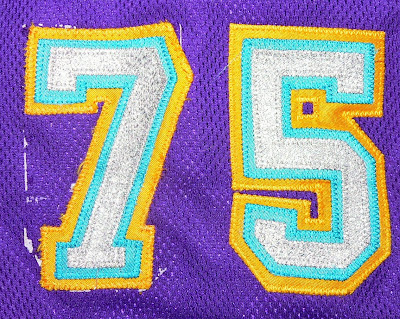 [EDIT - Oct 24th - found complete series online on You Tube.  They were uploaded by 'Twee de bourg' 3 years ago.  Here's a link to the first part of the first episode: http://www.youtube.com/watch?v=M5KhsyrO0BM ]

Here's a couple screen shots; first one a head shot of the player in the dressing room, others back of player on ice. 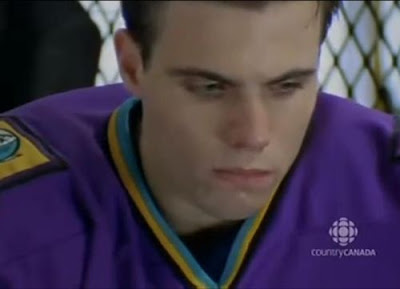 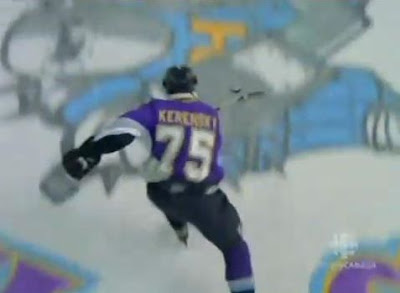 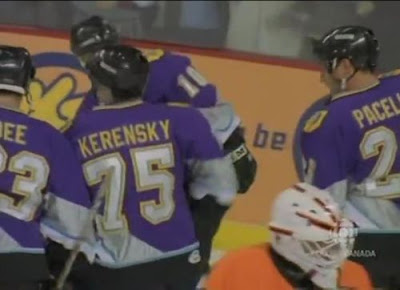 Will S
Thunder Bay, ON, Canada
In charge of and play scrub (aka pickup) hockey a couple times a week, occasionally do DIY hockey jerseys and other crafts, and am a thrift store junkie.